NAOMI: "[public transit] is not an extra frill" 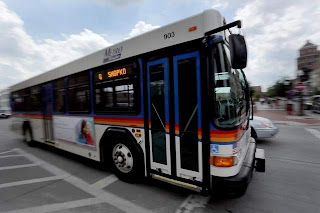 A bus headed to Shopko in Rothschild on Monday drives through the intersection of Scott and Third streets in downtown Wausau. / Dan Young/Daily Herald Media

“Transit isn’t a luxury, and it is not an extra frill; it’s a needed part of the community that impacts a tremendous amount of people,” said Jean Abreau, NAOMI chairwoman."
Posted by fpteditors at 1:57 PM